What I learned working on Nebula Graph, an open source and distributed graph database 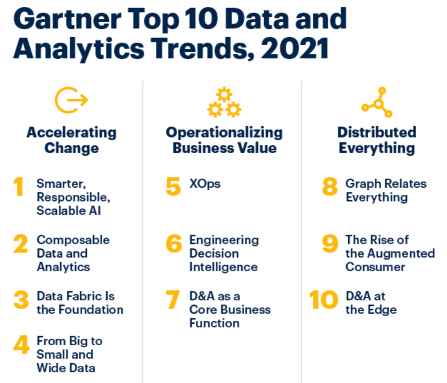 This article is based on a talk given by Dr. Min Wu, a senior expert at vesoft. Dr. Wu talked about the status quo of the global graph database market, the design and features of Nebula Graph as a distributed graph database, as well as Nebula Graph’s open-source community.

Let’s start with some numbers. Markets and Markets anticipates the graph database market will reach $2.4 billion by 2023 from $821.8 million in 2018.

Graph database is still in a rising trend and it is one of Gartner’s top 10 data and analytics trends in 2021. This is because graph databases can be used in many more areas than traditional databases, including computing, processing, deep learning, and machine models.

Graph databases gained the most in popularity in the past 10 years, according to data compiled by DB-Engines. The data is based on social media mentions, Stack Overflow questions, and search trends.

AND m_creationdate BETWEEN :startDate AND :endDate

AND m_creationdate BETWEEN :startDate AND :endDate

AND psa_creationdate BETWEEN :startDate AND :endDate

Here is how to realize the same query using the Cypher graph query language:

In addition, the graph ecosystem is diversified. The following is the graph technology landscape in 2020, and we can expect more graph related technologies coming along in 2021.

Now, let's take Nebula Graph, a distributed graph database, as an example to talk about the evolution of graph technology. I will also share the challenges the team had faced when developing Nebula Graph and how we had solved them.

When we started designing the blueprint of Nebula Graph in late 2018, the team had set four goals for the database. They are scalability, production-ready, OLTP(Online Transaction Processing), and open source. The four goals are still influencing the roadmapping of Nebula Graph until today.

Scalability is the No.1 design principle of Nebula Graph. This is because we believe the data that businesses will process in the future must be massive and there will be no way that single machines can handle them. That’s why we designed Nebula Graph in a way that it is capable of handling graph data with trillions of vertices and edges.

Nebula Graph is also designed to be production-ready on the first day, including the design of its query language, visualization, programmability, and DevOps.

Nebula Graph is also devoted to building an open-source community and integrating with the big data world, supporting graph computing and training frameworks like Tencent Plato and Spark GraphX.

The above figure shows the ecosystem built around Nebula Graph. The section with red background is the Nebula Graph Core, which consists of three parts called Meta, Graph, and Storage.

Nebula Graph’s query language is our in-house nGQL, which is also compatible with openCypher. We have also developed clients in languages including Java, C++, Python, and Go. Then on the top we have a number of SDKs that can work with frameworks like Spark, Flink, GraphX, Tencent Plato.

Let’s dive into the Nebula core, which, as I mentioned above, consists of the meta, graph, and storage services. The meta service deals with metadata, while the storage service stores the data, and the graph service is in charge of querying. The three modules run on their independent processes, ensuring the separation of compute and storage.

The meta service manages the schema. Nebula Graph is not a schema-free database, and it requires the properties of vertices and edges to be pre-configured. The meta service also manages storage spaces, long-duration tasks, and data cleaning.

Nebula Graph can handle data with trillions of vertices and edges. This means the system must segment the data in storage and handling. Nebula Graph uses the segmentation of edges and stores vertices in partitions. Each partition may have a few replicas and run on different machines. The query engine is stateless, meaning that all query data should either be retrieved from the meta service or the storage service and there is no communication between query services.

Nebula Graph supports primitive data types like boolean, int, and double as well as composite types like list, set, or graph data types like path and subgraph. If there is long string data stored in the database, it is usually indexed by Elasticsearch.

In Nebula Graph, each edge is stored as two pieces of data. As mentioned above, the storage layer relies on VID and guarantees strong consistency using the Raft protocol.

Nebula Graph uses ElasticSearch for full-text index. From Nebula Graph v2.x, our R&D team has optimized the write performance of Nebula's indexing capability. Since v2.5.0, Nebula Graph has started to support the combination of data expiration TTL and indexing. And from v2.6.0, Nebula Graph started to support the TOSS (Transaction on storage side) function to achieve the eventual consistency of edges. That is to say, edges are either successfully written or failed at the same time when they are inserted or modified.

Nebula Graph uses its in-house nGQL as its query language. In June 2021, the International Organization for Standardization has drafted the standard for the syntax and semantics of GQL and there is a consensus between major graph database vendors.

From Nebula Graph v2.0, nGQL started to be compatible with openCypher, which was an open-source version of Neo4j’s Cypher query language. Now, nGQL supports the Doctrine Query Language (DQL) of openCypher and has developed its own vanilla nGQL syntax style in Data Manipulation Language (DML) and Data Definition Language (DDL).

We also mentioned that Nebula Graph is born to be production-ready. So it supports a wide range of operation features like data isolation, user permission and authentication, and replica configuration. Also, Nebula Graph supports clustering. Nebula Operator, which was released in April 2021, started to support Kubernetes.

As for the performance of Nebula Graph, most performance tests are carried out by users in the community, such as engineers from tech companies like Meituan, WeChat, 360 DigiTech, and WeBank, etc. The figures below are performance reports compiled by users.

As for the performance of Nebula Graph, most performance tests are carried out by users in the community, such as Meituan, WeChat, 360 DigiTech, WeBank. The figures below are performance reports compiled by users.

We have mentioned that one of the priorities of Nebula Graph’s design is OLTP. But that doesn’t mean it neglects analytical processing (AP). Nebula Graph has integrated AP frameworks like Apache Spark’s GraphX and Plato developed by Tencent.

Nebula Graph meets users' AP (Access Point) requirements of OLTP (Online Transactional Processing ) by docking with Spark's Graph X and supports Plato, the graph computing engine of Tencent's WeChat team. Plato docking is actually the data connection between the two engines, which needs to change the internal data format of Nebula Graph to be that of Plato and then Partition to map them one by one.

Nebula Graph became open source in May 2019. Its v1.0 GA was released in June 2020, even though some companies had applied Nebula Graph in production before that. Nebula Graph first entered DB-Engines’ graph database management system ranking two years ago and now it ranks 15th on the list.

NOTE: The screenshot is the DB-Engine ranking in Apr. 2021 when this talk was given.

Nebula Graph is also one of the top open source players in China. This following report, which was published by the X-Lab of East China Normal University, ranks the companies according to the community popularity of their open source products. Vesoft Inc., the maker of Nebula Graph, ranks the eighth, before TikTok parent Bytedance, and just one position after Huawei.

Here are some of my thoughts about open source graph databases. Open source is very common in the graph database industry because it is a relatively new area and only got traction in recent years. This is why Nebula Graph chose to be open source from day one. Open source software can also attract more developers to use and gain valuable feedback from adopters.

Join our Slack channel if you want to discuss with the rest of the Nebula Graph community!

tech-talk
How data visualization is implemented in Nebula Graph

tech-talk
What I learned working on Nebula Graph, an open source and distributed graph database