Who Did the Graph Database Comparison

This article describes how the Tencent Cloud team compares NebulaGraph with two other popular graph databases on the market from several perspectives.

By their nature of dealing with interconnections, graph databases are perfect for fraud detection and building knowledge graphs in the security field. To better serve the Tencent Cloud business scenarios, the Tencent Cloud Security team has to select a highly performant graph database which fits the business development well, which is how this performance comparison comes into play.

Whom to Compare With

Neo4j is the most widely adopted graph database in the industrial world. It has a Community edition and an Enterprise edition. For comparison in this article, the team has chosen the Community edition.

HugeGraph (A fork of JanusGraph)

HugeGraph is a distributed graph database developed by Baidu. It is forked from JanusGraph. HugeGraph is developed to address the needs of anti-fraud, threat intelligence collection, and underground economy attack with graph storage and analysis capabilities. It has pretty good read and write performance.

NebulaGraph is an open source distributed graph database developed by vesoft Inc. It features the capability of dealing with super large datasets with hundreds of billions of vertices and trillions of edges.

The results are as below:

Here is a chart overview of the comparison: 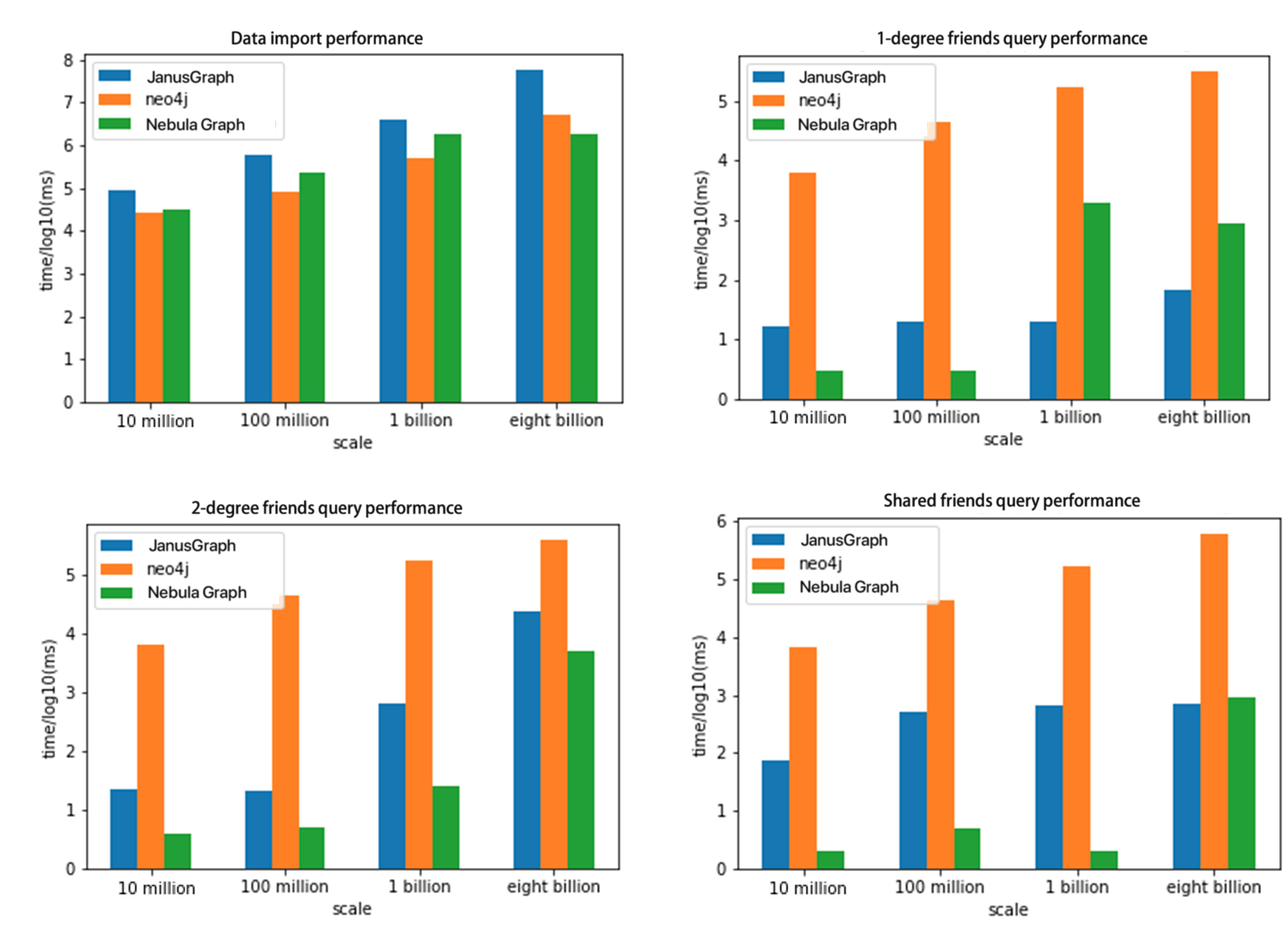 A: "Time spent" has two time values. The first one indicates the time consumed by the database system for the query process. It starts counting when the query engine receives a query statement sent from the console, and ends when the storage service obtains the data and all the required computing is done. The second one indicates the time consumed for the query process from the client side. It starts counting when the console sends the query, and ends when the console receives and prints the results on the screen.

Previous Pick of the Week

Tag
Recommended for you Use NebulaGraph to explore shareholding networks